Skip to content
By JeniusHealthy Foods, Recipes, Women's health
Seriously All the Benefits of Cinnamon is just mind-blowing to me….you know when you’re like “how come everything that’s so delicious is so bad for me? or everything healthy doesn’t taste good??” Well apparently you get what you seek out…and if you seek out delicious foods that are amazing for you then you find them as well…example being CINNAMON!  Cinnamon even helps make foods that you might not find so flavorful simply amazing. 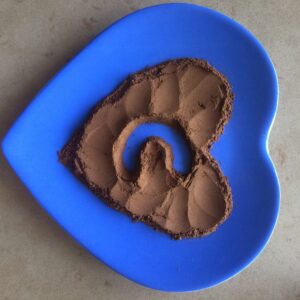 A through Z benefits of cinnamon:
Anti-Inflammatory! Inflammation is known to cause so much harm to our short and long term health.
Brain Function-boost alertness..even from just smelling it!
Clears out harmful bacteria out of the digestive system, which can help body absorb oter nutrients more easily.
Degenerative disease prevention, including alzheimer’s
Eliminates acne. (You can make a cinnamon and honey topical mask and apply to affected areas, leave on for a few hours and rinse.)
Fiber and calcium contained in cinnamon help protect the cells of the colon and prevent cancer from forming there.
Gargle some boiled cinnamon stick water to freshen your breath naturally. There is also a wonderful healthy toothpaste by Spry that has cinnamon available on amazon.
Helps with blood sugar levels..stabilizing blood sugar is huge! Especially for hormonal balancing! Literally #1 step! 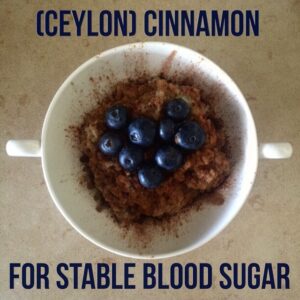 Increases circulation…aka blood flow…great for so many things..including hair growth.
Jenius approved! Def a great product that is efficient…tastes great, smells great, and has a ton of actual body benefits.
Keeps the colon running smoothly.
Losing weight-cinammon revs up the metabolism.
Mood improvement from just the aroma…helps the body relax/not be stressed.
Naturally reduces insulin resistance, insulin is an important hormone that regulates metabolism and energy.
Outranks all other spices as the top provider of antioxidants which protect the body from oxidative damage caused by free radicals.
Prevents heart disease..or at least is a great addition to a heart-healthy lifestyle. 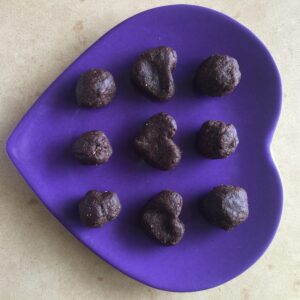 Quick remedy to reduce sugar cravings! For reals has been my lifesaver on my “quitting refined sugars and limiting my fruit to 2 per day”
Reduces bad LDL cholesterol while not doing anything to the good cholesterol levels.
Salmonella and listeria bacteria inhibitor….great antibacterial.
Treat respiratory tract infections caused by fungi.
Use Ceylon not Cassia cinnamon..or limit Cassia cinnamon contains high levels of coumarin which is believed to be harmful in large doses.
Vegetables are preserved…cinnamon actually decreases the amount of bacteria that is formed on leftovers. 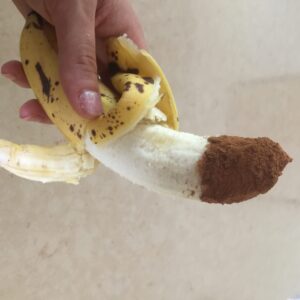 Women’s hormonal balancing. Lowers the amount of testosterone while increasing the amount of progesterone.
X-terminator of ANTS! Repeals and gets rid of ants. Ants don’t like cinnamon so if you sprinkle their entry points…they won’t find your home as friendly as you.
Yes, cinnamaldehyde, is the main active component of cinnamon, which may help fight various kinds of infections.
Zen enhancer.. through taste or smell…just as a reminder! 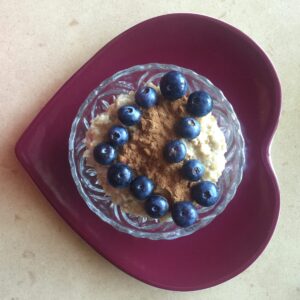 Organic Ceylon Cinnamon is the best option as there are some possible side effects of other cinnamon “types.”
I really like the fair trade brand Frontier Natural Products Organic Ceylon Cinnamon.
Okay so do you agree with how amazing cinnamon is?? So how to incorporate into your diet….(please note…I realize not all of these are “healthy” items..and most I don’t personally eat..but you do you.)
I use in and on bananas, blueberries, raw cacao brownies, smoothies, soup, steel cut oats, quinoa
Other  coffee, oatmeal, sweet potatoes, tea, toast, tortillas
AND of course tons to amazing actual dish recipes online…any good ones you want to recommend? 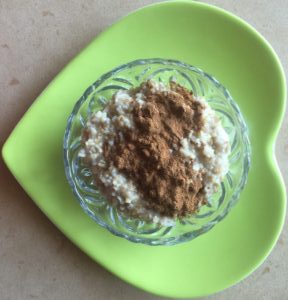