Having a urinary tract infection (UTI) is not fun! It’s also painful and life-threatening..so don’t let it happen to you ever! Or ever again if it’s already happened.

I had one, one time and it was the worst experience of my life and I vowed to never have another. I did what I do best, I researched until there was no more new information that I was discovering. What it all equaled a lot of work but I was up to it to avoid having another…and then as I do I figured out how to be most efficient with everything. In the article on Prevention by Leah Wynalek there are a lot of reasons and things to do and I’m sure they all work.

Always staying hydrated is key for UTI’s and life, it’s really important, just as important as the water your drinking to be filtered. Just do it. Some ideas If you’re struggling to drink water; 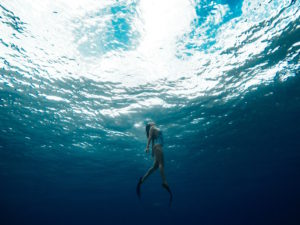 -have a full glass of water by your bed and drink it first thing in the morning, (yes the whole glass) it’s a great way to start your day off.

-carry around a glass water bottle and set an alarm for every hour or two, drink it, refill it (bonus you get to move around a bit also).

-make drinking water a game or a daily discipline that you check off how many you can drink in a day.

-if you get hungry and it’s not time to eat, drink a glass of water, you’re probably just thirsty anyway.

-don’t drink dehydrating beverages; this includes alcohol and caffeine as the top contenders.

Supplements. In relation to UTI prevention.

A probiotic. Daily. Probiotic is not just good for UTI prevention but just for basic health and digestive health. Constipation is nobodies friend, regularly excreting out what is no longer needed, excess and used hormones, and toxins out of the body, so if you don’t go….those are all the things that get reabsorbed into the body!

I really like Women’s Multi-Probiotic by Natural Factors because it is a great source of probiotics providing live microorganisms to enhance intestinal, vaginal, and urinary tract flora. It provides antioxidants and prevents recurrent urinary tract infections in women. A guaranteed minimum 12 billion active cells of 10 strains of probiotics are blended with CranRich cranberry concentrate to maintain healthy digestive and urinary systems. I use to and probably will sell again in my store, for now, it’s available on Amazon (because what’s not?).

I’ve tried several other brands. The only other brands that I have liked(meaning worked for me):

-Garden of Life Raw Probiotic Women’s (which I haven’t had since they were bought out and reportedly no longer the same quality as they built their reputation on.) 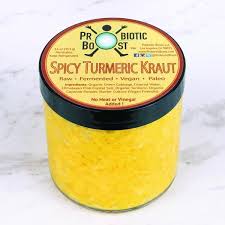 My favorite FOOD source of probiotic:

I am also a big fan of Probiotic Boost Spicy Tumeric Sauerkraut that they NOW have available onMilk and Eggs (a “farmers market” home delivery service that I newly discovered and LOVE)..it’s so good and good for you. WIN WIN! And Milk and Eggs is currently offering 40% off your first order! Additional WIN!

Vitamin C. Daily. Plus EXTRA if anything enters your vagina; includes tampoons and male parts. I personally have been taking the Solaray timed-release 1000 MG and have seen good results. I take one every morning and one additional in the late afternoon if I feel off in any way.

Organic Cranberry (yes MORE cranberry, even though it’s already in your daily probiotic and NO doesn’t mean you can drink a lot of cranberry juice and have it be as effective…the amount of juice you’d have to drink way too many calories to equal the 500 MG in 1 capsule. Also if you do want to juice instead please note that the unsweetened cranberry juices have the higher concentrations of what you need out of it. I stick with CranRich Super Strength 500mg with ORGANIC Cranberries. 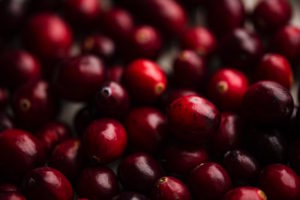 Why cranberry? It’s been studied to prevent the bacteria E. coli from adhering to the wall of the bladder and since E. coli is the bacteria that causes most UTIs it PREVENTS them when there is enough and at the right time. Please note PREVENT! Cranberry doesn’t remove E. coli bacteria off of the bladder wall. Once you have a UTI, it’s too late for prevention.

How to use cranberry to prevent UTIs is to take cranberry before (if possible) immediately after, and 12 hours after intercourse or when using tampons. 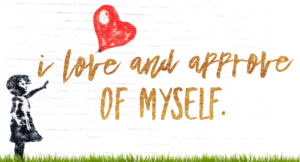 According to Louise L. Hay;

Urinary Infections are caused by people being pissed off, usually at the opposite sex or a lover. And blaming others.

The new thought patter if this is true for you is “I release that created this condition. I am willing to change. I love and approve of myself.”

-always wipe from to back.

-wear underwear with cotton crotch (more for yeast infection prevention..but you don’t want that either)

-don’t take birth control pills, I still am in awe that these are still legal. 🙁

-don’t douche or use any products with chemicals in your precious kingdom.

You can add in ALL of the extras that are from Prevention’s article below but it is that “overkill” that I was doing in the beginning that may not be necessary. (FYI: I haven’t had a UTI in over 7 years and we are all different so what works for me might not work for you.)

ALL of this being said if you’re here because you already have a UTI and are looking for natural remedies, there aren’t  any. If that’s not what you want to hear I hear you! I’m not a fan of taking medicine unnecessarily but this is one of those times that it is.

The form of antibiotic used to treat a bacterial UTI usually depends on what part of the tract is involved. Lower tract UTIs can usually be treated with oral antibiotics. Upper tract UTIs require intravenous antibiotics. These antibiotics are put directly into your veins.

Sometimes, bacteria develop resistance to antibiotics. Results from your urine culture can help your doctor select an antibiotic treatment that will work best against the type of bacteria that’s causing your infection.

Long-lasting or recurrent kidney infections can cause permanent damage, and some sudden kidney infections can be life-threatening, particularly if bacteria enter the bloodstream in a condition known as septicemia. This is why it is important to take immediate action, besides the fact that the longer you let it go the more it will spread and the more painful it will become..so if you think you’re in pain now…be prepared it only gets worse.

8 Most Common Causes Of UTIs: One of these might be to blame for your pesky urinary tract infection. by Leah Wynalek December 15, 2017

TEK IMAGE/SCIENCE PHOTO LIBRARY/Getty Images
If you’ve ever had a urinary tract infection, then you know the agony of that terrible burning feeling and relentless need to pee—and you’d probably do anything to avoid getting another.According to the National Kidney Foundation, 1 in 5 women experiences a UTI at some point in her life. And while men can get them, too (UTIs are the second most common infection), women are much more likely to contract one, says the National Institute of Diabetes and Digestive and Kidney Diseases. That’s because we have a shorter urethra, which makes it all too easy for UTI-causing bacteria to pass through it and invade the bladder. No fair.”Our urinary tract system is designed to keep out bacteria; however, these defenses can fail,” says Kelly M. Kasper, MD, an ob-gyn at Indiana University Health. “When that happens, bacteria can grow and multiply and cause infections.”(Reverse chronic inflammation and heal your body from the inside out with the all-natural solution in The Whole Body Cure!)Here are 8 of the most common causes of urinary tract infections—and a handful of helpful tips for prevention.
nd3000/Shutterstock
Sex

We know, huge bummer. Many women get UTIs after doing the deed because the motion of sex can transfer bacteria from the bowel or vaginal cavity into the urethra. To lower your risk of getting a urinary tract infection, pee within 30 minutes of having sex, says Lisa N. Hawes, MD, a general urologist in Fulton, Maryland, and a physician spokesperson for the American Urological Association. And ignore the often-shared advice that both partners should wash their genitals immediately before and after sex. “This actually changes bacterial flora and will increase UTI risks,” Hawes says.

You might be able to blame your poop (or lack thereof) for your UTI. Being constipated makes it difficult to empty your bladder all the way, which means trapped bacteria have lots of time to grow and cause infection, says Hawes. (Here’s how to never be constipated again.) On the flip side, diarrhea or fecal incontinence can also increase your risk of getting a UTI, because bacteria from loose stool can easily make their way into your vagina and urethra. A tried-and-true tip: Wipe from front to back whenever you use the bathroom, but be especially careful to do so after a bowel movement.

“When blood sugar is high, the excess sugar is removed through the urine,” Hawes says. “This makes a favorable environment for bacterial overgrowth” and a potentially unfavorable situation for you. You may have heard the myth that eating too much sugar causes urinary tract infections, even if you don’t have diabetes, but Hawes assures us that’s not true. Unless you have diabetes, your sweet tooth isn’t the culprit. (If you do have diabetes, here are the best foods to order at 8 types of restaurants.)

If you have to go, go! “Holding our urine for 6 hours or more may make UTIs more common, as bacteria that does get into the bladder has lots of time to overgrow between voids,” Hawes says. While traveling, for example, it may seem like a good idea to hold tight and keep driving until the next rest area, but do yourself a favor and stop—the extra miles aren’t worth the risk of a UTI infection.

MORE: What The Color Of Your Pee Says About Your Health

Drinking plenty of water not only quenches your thirst, but it also wards off UTIs during hot summer months, when many of us don’t hydrate enough. “We should always try to drink at least half our body weight in ounces,” says Stephanie Seitz, ND, a physician at the Southwest College of Naturopathic Medicine. “When we drink plenty of water, we help flush out bacteria that can cause UTIs.”

If you switch your birth control, the resulting hormone shift could lead to a change in normal bacteria in your vagina, which could up the odds of a UTI, says Hawes. Use of diaphragms and spermicides can also increase your chances of developing one, Kasper adds.

“Dirty pads and tampons are a place where bacteria can grow very easily,” says Ehsan Ali, MD, a primary care physician in Beverly Hills, California. So change them frequently to prevent urinary tract infections while on your period. Likewise, Alyssa Dweck, MS, MD, an ob-gyn in Westchester County, New York, says to choose your underwear wisely: “A cotton crotch is always preferred, and avoid thongs with a thin, chafing g-string, which can transfer bacteria.” Wearing cotton helps prevent excessive moisture that causes bacteria to grow down there, Dweck says.

These mineral deposits up your risk of getting a UTI, says Ali, because they can block the urinary tract and back up urine, giving bacteria plenty of time to grow. (Here’s the craziest way to pass a kidney stone.)